I recently bought a Sony World Band Radio receiver. It is a beautiful machine with some twenty frequency bands and all kinds of locks and tricks to latch on to distant radio stations. I bought it for my father, who is fond of listening to his radio late into the night.

Two days after I bought the radio, my father suffered a severe heart failure. A congestive heart failure (CHF) is not to be confused with a heart attack. The symptoms of a CHF are deceptively similar to an asthma attack, which can be doubly treacherous if the patient already has respiratory troubles because the early care may get directed to the lungs while the troubled heart may be ignored. So I thought I would discuss the symptoms here in the hope that it will help those with aging family members who may otherwise misidentify a potential CHF. Much more information is available on the Internet; try Googling “congestive heart failure.”

For asthma patients, a danger sign of a heart failure is persistent breathing difficulty despite inhalation medication. Watch out for breathing trouble that increases when they lie down, and subsides when they sit up. They may have consequent sleeplessness. If they show the symptoms of water retention (swelling in lower limps or neck, unexpected sudden weight gain etc.), and if they have other risk factors (hypertension, irregular heart beat), please do not wait, rush to the hospital.

The prognosis for CHF is not good. It is a chronic condition, progressive and terminal. In other words, it is not something we catch like the flu and get better soon. Depending on the stage the patient is, we have to worry about the quality of life, palliative care or even end of life care. Once a heart has started failing, it is difficult to reverse the progression of the onslaught. There are no easy solutions, no silver bullets. What we can concentrate on, really, is the quality of their life. And the grace and dignity with which they leave it. For most of them, it is their last act. Let’s make it a good one.

By my father’s bedside now, listening to the Sony, with all these sad thoughts in my head, I remember my first taste of real winter in the fall of 1987 in Syracuse. I was listening to the weatherman of the local radio station (was it WSYR?). While lamenting the temperatures going south, he observed, rather philosophically, “C’mon, we all know there’s only one way the temperatures can go.” Yes, we know that there is only one way things can go from here. But we still mourn the passing of a summer full of sunshine and blue skies. 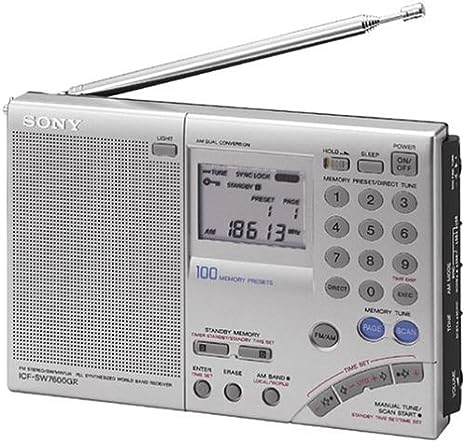 Perhaps nothing and nobody really passes on. We all leave behind a little bit of ourselves, tiny echoes of our conquests, memories in those dear to us, and miniscule additions to the mythos that will live on. Like teardrops in the rain.